Professional boxing in India is set to to welcome a new Fight Series called ‘India Unleashed’ by Boxing Promoter Parm Goraya that is set to start from Jalandhar on 1st May 2021.

US-based LZ Promotions CEO, Parm Goraya has tied up with the Indian Boxing Council (IBC) the National Sanctioning Body for Professional Boxing in India, to have the first show of the series at Jalandhar on 01st May with 10 Fights in its inaugural card. Seasoned Indian Professional Boxers Pawan Goyat, Chandni Mehra (Featherweight) and Suman Kumari (Lightweight) are among the star attractions.

The upcoming fight night, which the promoters hope will be the first of many, is set to be hosted at the wrestling academy of ex-WWE superstar Dalip Singh, a.k.a. ‘The Great Khali’, in Jalandhar, Punjab.

Goraya – a second-generation British Indian, is also a registered Boxing Promoter with the Nevada State Athletic Commission (NSAC). With strong connects in World Boxing Council (WBC) and International Boxing Federation (IBF), Goraya knows what it takes to make a finished boxer, grooming them right from the grassroots.

“There is huge potential for Pro Boxing in India. It just needs a structured ecosystem and an approach that has the quality to be called “Fight Nights”. The ‘India Unleashed’ fight night is our effort and a step in the right direction to make pro-boxing a hit. I’m sure these shows will set a benchmark and contribute to the development of boxers in the country. My plan is to bring in more such fights and initiate a professional Indian circuit which guarantees quality fights,”  said LZ Promotion CEO Parm Goraya at a press conference in New Delhi on 08th Mar 2021. 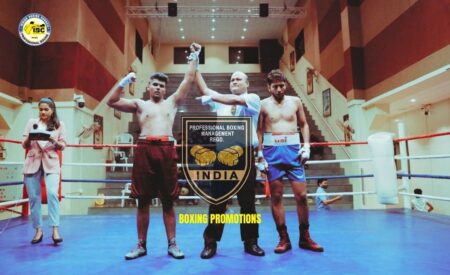